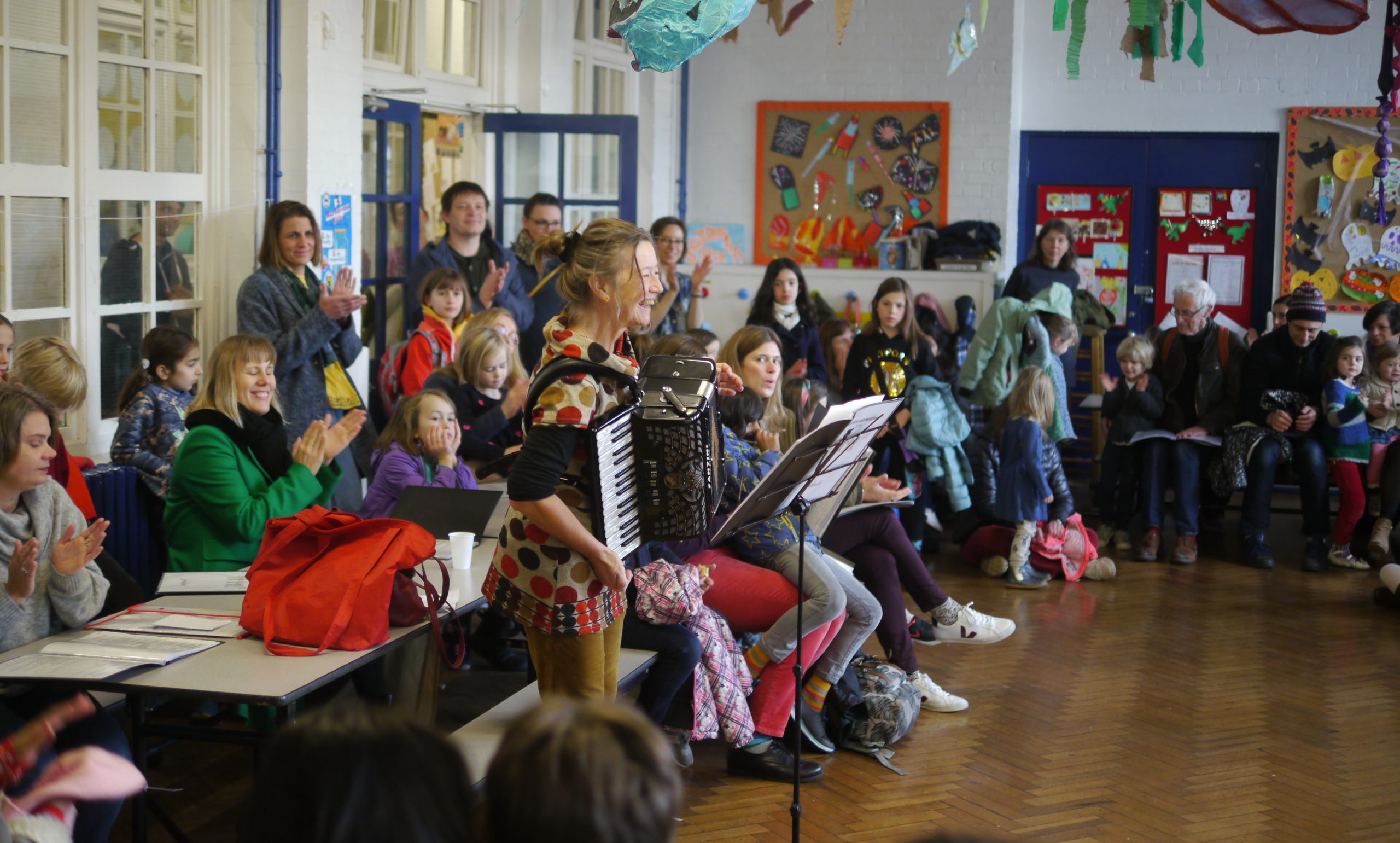 Apart from teaching German and music in British primary schools, Martina also taught at the German Saturday School in Islington and led the singing circle there for many years. She brought up her own boys bilingually and back then the Saturday School was the cradle for many of her songs for German as a foreign and second language. “Hey hey hallo!” has become the School’s anthem and is still being sung now by the children to kick off the morning sessions.

Martina developed the songs further into an interactive song programme which she is now touring worldwide. The tours are often organised by the Goethe Institute.

Martina’s songbooks & accompanying CDs for German as a foreign and second Language were created in close collaboration with the Goethe-Institute London. The first Songbook and CD Learn German with Songs (blue book) was published in 2005 and by popular demand the second volume Learn More German with Songs (red book) followed in 2008.

The latter has also been published by the German publisher Hueber-Verlag and can be ordered here: SPIELERISCH DEUTSCH LERNEN, LIEDER UND REIME

All songbooks contain musical notation with chord symbols as well as worksheets and a section with “tips for teachers” on how to use the songs. The CDs include a fully sung version of the song, followed by a playback version. The resources are aimed at KS1 and KS2, but are adaptable for all ages. They are an ideal way for teachers to complement their primary language lesson.

“Heiß ist nicht cool” is the title of Martina’s brand new song programme about climate change which she has been touring in primary schools in the UK and abroad. These are two samples as a taster: “Rodet nicht die Wälder” (“Trees, trees!”) and “Mensch” (“Let the birds fly”), a song about mindful travelling.

We use cookies to ensure that we give you the best experience on our website. If you continue to use this site we will assume that you are happy with it.OkPrivacy policy